The vessels that comprise the intracranial arteries arise from the Aortic arch. There are 3 vessels in the Aortic arch the Brachiocephalic (aka Innominate), the Left Common Carotid artery and the Left Subclavian artery. The Vertebral artery (VA) is a branch of the Subclavian arteries The common carotid arteries bifurcate into Internal and External carotid (ICA and ECA). The ICA courses cephalad and pierces the cranium to enter the brain. The ICA has several segments:

Once the ICA enters the brain it gives off the Opthalmic artery, Posterior communicating artery and Terminates in the Anterior and Middle cerebral artery bifurcation.

PCA – Bi-directional (lowest in velocity of the 3 vessels)

In the occipital or trans-forminal window you will encounter the bilateral Vertebral arteries and singular Basilar artery. The flow will be below baseline for both. These arteries join to form the posterior cerebral arteries.

In this window you will be able to scan the OA. Use a small amount of sterile gel rubbing it onto the transducer face to make a thin film. You can also use a tegaderm patch over the eye to make a barrier for scanning.

16 yo F with SCD showing elevated PSV in the LT ACA and RT MCA. On MR Angio she was found to have stenoses at both these sites. 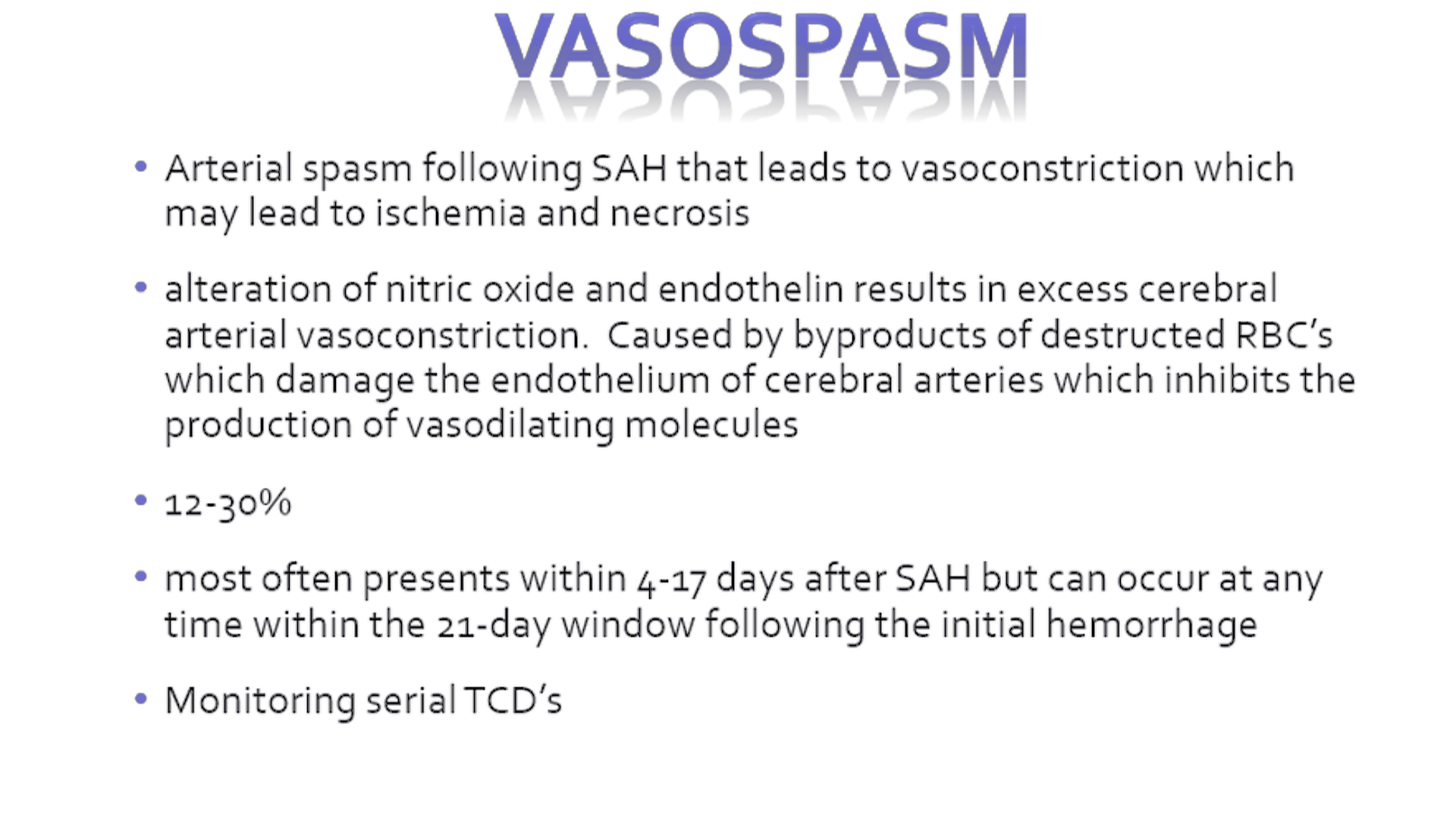 Defined as the complete and irreversible cessation of brain function due to a total arrest of cerebral blood flow. The three essential findings in brain death are coma, absence of brainstem reflexes, and apnea. Cerebrovascular arrest usually follows some catastrophic event as brain trauma and or hemorrhage or prolonged ischemia.

Brain death can be confirmed with ancillary tests such as Nuclear Medicine, EEG and TCD.

On TCD you’ll encounter doppler signals that have sharp systolic spikes and no diastolic flow. Later on reversal of flow occurs. 2 scans separated by 30 minutes should be performed.